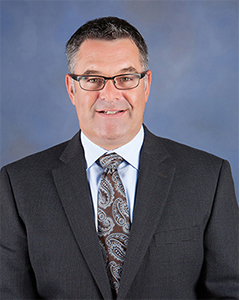 Mr. Wheeler began working in forensic biomechanics in 1988. Jeff’s primary area of expertise is injury biomechanics in motor vehicle, sport/recreation, and industrial/occupational accidents. The majority of his casework over the past 15 years has involved high-speed automobile collisions resulting in severe and fatal trauma, in particular rollover motor vehicle crashes. During this period Jeff has evaluated the occupant dynamics, injury mechanics, and restraint system use and effectiveness in approximately 400 rollover collisions involving approximately 1,500 occupants. He has personally inspected more than 300 vehicles and over 2,000 seat belts involved in rollover crashes.

Mr. Wheeler has co-authored more than 35 scientific publications and given more than a dozen presentations to professional organizations in the USA, France, Switzerland, Sweden, and New Zealand. Recognized internationally in the academic and scientific community as a leading expert in forensic biomechanics, three times Jeff and his colleagues have been finalists for international biomechanics awards. Mr. Wheeler has also served as a referee (peer-review) for the International Society of Biomechanics, Accident Analysis and Prevention, and Society of Automotive Engineers. In 2010 he was appointed to the inaugural Board of Editors of the Journal of Forensic Biomechanics and continues to serve on that Editorial Board. Jeff has held research and teaching positions in the UCLA Department of Orthopaedics, UCLA Department of Kinesiology/Physiological Science, and Wayne State University Department of Biomedical Engineering; and guest lectured at the University of Colorado and Colorado School of Mines.